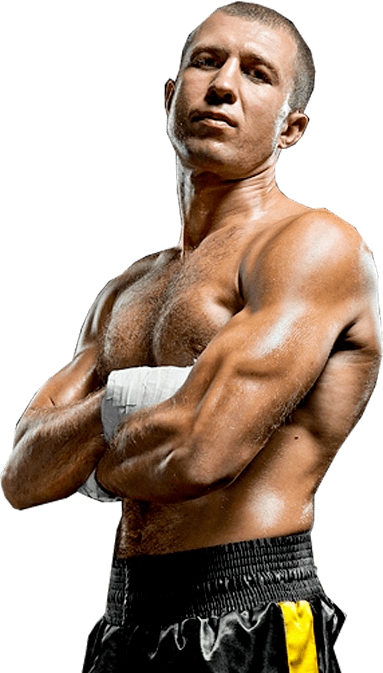 Sergey Fedchenko became known around the world as a contender for the WBO super lightweight title in 2012 in Mexico, having met in the ring with the ex-world champion in several weight categories, one of the best boxers on the planet, regardless of weight category, 38-year-old Mexican Juan Manuel Marquez. Nobody believed in such a powerful confrontation and worthy performance of our boxer. Moreover, they predicted an early defeat, and only argued in which round it would happen. “Will slap, fill up, spread like a baby” – these words accompanied all the articles before this fight, from overseas to Ukrainian boxing connoisseurs. But Sergei showed great skill and good boxing technique, thanks to which only after 12 rounds the victory was given to Marquez. Juan Manuel himself declared about the unexpected perseverance and skill of the Ukrainian boxer. After this fight, Sergei was in the 2 positions in the world ranking. According to all the laws of marketing and with the active promotion of a boxer in his career, there should be a rise.

But, somehow it didn’t work out …

Observers and analysts in the field of boxing are inclined to believe that Sergei’s sports destiny fell into the orbit of “undercover” interests and intrigues typical of professional sports. This was confirmed by the fact that the boxer organized the fourth defense of the WBO European Championship title. The organizers of the fight unexpectedly, five days before the fight, replaced Fedchenko’s opponent and, in a controversial fight from the point of view of specialists, awarded the victory to the Spaniard Felix Laura.

Boxing lovers will certainly be interested to learn about the main stages in the sports career of Sergei Fedchenko, the most titled Kharkov boxer, the owner of prestigious belts of one of the most spectacular, difficult and courageous sports.

Sergey started boxing at the age of 14, first at the KhTZ “Gong” stadium, then at the Youth Sports School No. 9 with the honored coach Viktor Demchenko. In the amateur ring, he had more than 100 fights, having successfully fulfilled the standard of Master of Sports of Ukraine, Master of Sports of Russia, became the champion of the Universiade, prize-winner of championships and cups of Ukraine, winner of many international tournaments in Poland, the Baltic States, Transnistria, Russia, etc.

In 2002, Sergei Fedchenko began his journey to the top of professional boxing. In the ring, he stood out for speed, an excellent sense of distance, the ability to find the opponent’s weaknesses and deliver optimal strikes. Sergey always supported his high fighting qualities with high efficiency. He became one of the most promising boxers in K2 Promotion.

On May 17, 2008, in his native Kharkov, Sergey won his first title – the IBF intercontinental world champion in a bright duel with the representative of Uganda – Peter Simo. The President of the National League of Professional Boxing Mikhail Zavyalov called Sergei’s work in the ring “professorial” and from that moment on Sergei was assigned the honorary prefix “Professor”.

In November 2011, in a fight against Frenchman Willie Blaine, Sergei successfully defended his WBO European champion title and became a contender for the WBO world champion title (at that time it was owned by American Timothy Bradley). In December 2011 – Sergey took 2nd place in the ranking of the World Boxing Organization (WBO).

After that there was another rating fight and a victory in Munich, when in February 2012 “Professor” boxed in the undercard of the fight between Vitali Klitschko and Derek Chisora.

However, back to the beginning of our story. After a “curiosity” with an additional title defense and an incorrect attitude in the selection of an opponent, Sergey seriously thought about ending his career as a professional boxer and stopped working with K2 Promotion.

During this time of reflection, with the help of friends, Sergey managed to open a sports club (July 2014), began to successfully develop sports and boxing in his hometown, and participate in social and sports projects in the region. And in May 2015, Ukrainian Sergey Fedchenko made his debut in the overseas ring with the persistent Frenchman Renald Garrido with a victory.

Now Sergey is developing his club, is engaged in coaching. The last high-profile, bright event in the city, held by Sergey and his club, was already the Seventh Boxing Tournament “White collars“ in the ring ”. The aim of the tournament is to promote an active healthy lifestyle among people of creative and intellectual professions.

Sergei has a lot of plans, interesting projects and well-to-do ambitions. However, as always in his career and life, they are associated with sports and sports life of his native Kharkov. Sergei’s records: 37 fights, 34 wins (14 by knockout), 3 defeats.

…. maybe … there will still be a sequel!